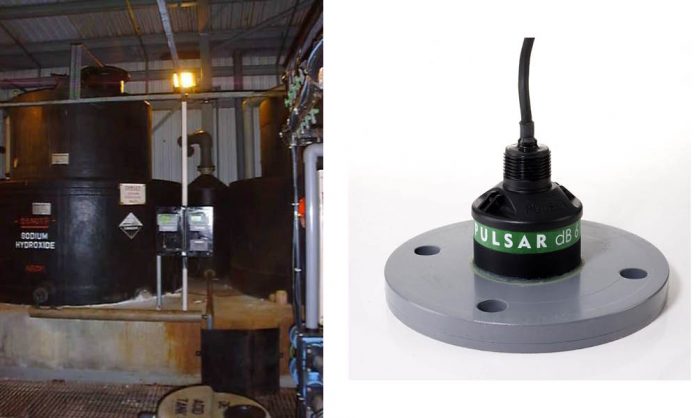 Non-contacting ultrasonic level measurement was supplied to a major chemical manufacturer, resolving a problem that had in effective gauging of Sodium Hydroxide. The Pulsar equipment replaced ultrasonic equipment previously supplied by a different manufacturer which had not dealt with the multiple echoes from the dome top of the tank.

The tanks within the application (see pictured) were 3.6 metres high, with a deep domed top. The ultrasonic equipment that had been previously in place was failing because of the multiple echoes created by the ultrasonic pulse bouncing around the inside of the vessel.

Multiple echoes can be a problem, especially when considering relatively short shot applications on liquids. In this type of application, the multiple echoes were almost as significant as the “true” echo and can swamp the transducer. The echo-processing software can have difficulty in discriminating the correct echo from the mass of competing signals.

In this application, Pulsar supplied Ultra Controllers, mounted locally to the tanks to provide local display for the plant operators.

The tanks are cylindrical, and the Ultra uses the measurement of liquid level to automatically calculate the volume present in the tank. In addition, the Ultra provides both high- and low-level alarms to warn staff of potential problems and to identify re-order points.

The transducers used were flanged dB6, with a PTFE face to protect the transducer from the caustic chemicals.

The Ultra Controllers and transducers were easy to install and simple to set-up, and using Pulsar’s unique menu-driven set-up routines, installation was completed in only a couple of hours. The correct level was accurately identified straight away by the equipment, which has provided accurate measurement now for an extended period, proving that Pulsar equipment has the staying power for tough applications. 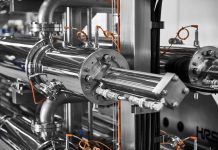 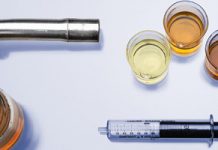 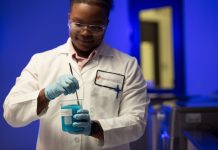