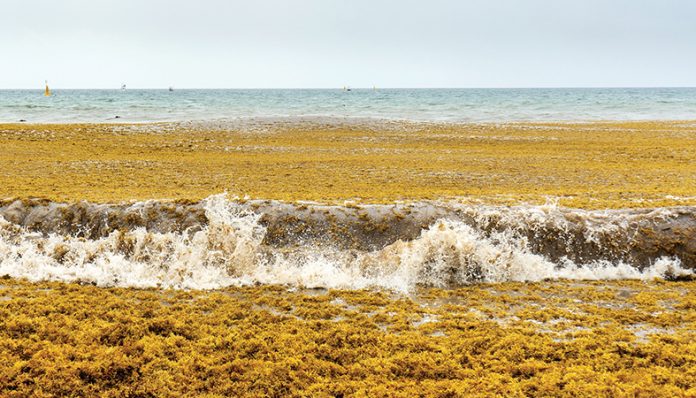 Mexico’s tourist beaches could be cleared of rotting seaweed by a new scheme to turn it into fertiliser and fuel.

University of Exeter scientists are working on plans to collect Sargassum seaweed and use a process called “hydrothermal liquefaction” to create biofuel and high-quality, low-cost fertiliser.

The seaweed blooms, whose growth is partly fuelled by fertilisers washing into the sea from farming activity in the Americas, covers beaches in Mexico, the Caribbean and elsewhere with piles of rotting, foul-smelling Sargassum.

This harms tourism and fisheries, leading to expensive and relentless clean-up operations, and can have environmental impacts such as smothering sea grasses and coral reefs.

The plan to collect and process the seaweed is among the Exeter projects boosted today by a £615,572 grant from UK Research and Innovation’s (UKRI) Global Challenges Research Fund (GCRF).

“We can turn this mess into an economic opportunity.

“Hydrothermal liquefaction not only turns this unwanted seaweed into fuel and fertiliser which could be sold – it can also turn any plastic waste mixed in into fuel too.

“There are still big questions to be addressed – such as whether to collect and process the seaweed at sea or on land – but we know the method works.”

The team, which includes Professor Chris Chuck at the University of Bath and Professor Julio Suárez of Universidad Autónoma de Baja California, will analyse the resulting fertiliser and market it to farmers whose crops need that mix of nutrients.

The fuel produced would initially be used to power the liquefaction process, and any excess could be sold.

Research published earlier this year, authored by Professor Allen and Professor Chuck, found that marine plastic pollution “may well represent an opportunity, rather than a threat” to the successful production of biofuel by hydrothermal liquefaction – a process that involves subjecting materials to high temperature and pressure to create a number of by-products.

Initially it was thought that contaminating plastic might hinder any industrial-scale process based on harvesting seaweed bloom material. Instead, the team found the plastic could be converted back into a crude oil like substance.

“This project is looking at Mexico’s seaweed problem in particular, but a similar method could be applied in many other parts of the world for a variety of environmental problems,” said Professor Allen.

“It could help clear water hyacinth in Lake Victoria, and it can also be used to get rid of heavy metal contaminants such as those in the lakes around Hanoi in Vietnam.”

This project has been funded as part of UKRI’s GCRF Innovation and Commercialisation Programme, developed to fast track promising research findings into real-world solutions. 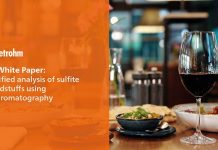 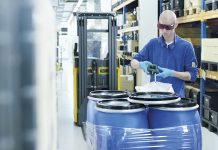 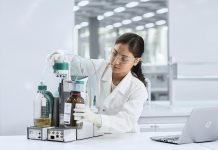