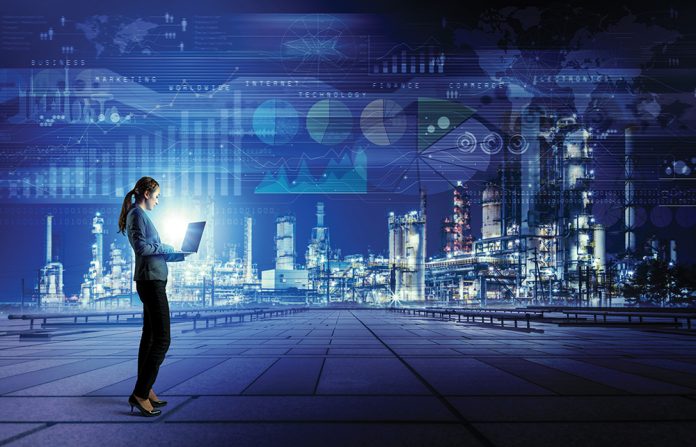 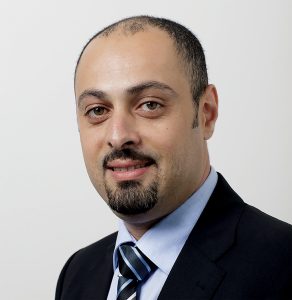 Digitalisation is a journey and the starting point, a carefully planned digital roadmap. ABB Energy Industries global head of technology for chemical and refining points HELEN COMPSON in the right direction.

Responsible for developing the very strategies and innovative technologies chemical and refining industries need to digitalise and automate, Zied Ouertani, left, cuts straight to the chase.

“What’s really important is that people understand digital transformation is a journey,” he said.

“You must know that if you are starting from scratch, you can’t go from one to 10 instantly. If the digital readiness of an asset is at one or two today, the next step won’t be five or six, it will be three or four.”

For some reason, though, the chemical industry has been tardy off the blocks – very slow, in fact. “I don’t think it’s because they don’t believe in digital technology, however it is a very selective industry,” he said meditatively, “but yes, it is a sector that has been noticeably slow to react.”

However, for those who are about to embark on this particular journey, Zied has some timely advice.

“It is important they have a big vision,” he said, “and yet, it is even more important to start small and run an agile organization to drive the development and execution of digital solutions.

“That might sound like contradictory advice, but it is important to build confidence, to demonstrate capability first, in order to move to the next level – because it is not only about the technology, it’s about technology, processes and people.

Digitalisation is really about solving problems for clients. “No matter how good the technology, if the workforce doesn’t believe in it, it will never be adopted.”

And the only way to breed belief in new technologies is to provide evidence of the impact they could have on the bottom line.

“It’s not only about sensors or algorithms or infrastructure or computers,” he said. “It’s also about having the right technology and right processes and changing the mind-sets of the people who will be using them.”

If a piece of software noticeably improves the safety and/or efficiency of an engineer on the front line, then job done!

ABB has a proven track record in helping companies navigate the digital landscape, avoiding many a possible pitfalls along the way.

Its aim is to help clients upgrade and modernise their assets and infrastructure in as holistic a manner as possible.

Zied stated: “The infrastructure is not all new in the chemical industry, of course – there are quite a few aging assets – and every asset has had a different journey.

“But even if the asset is quite old, there is an opportunity to leverage digital technology in order to move to the next level.

Key in ABB’s armoury is the ability to optimise the operational efficiency of an asset, even when it is past the peak of its performance. Thanks to the solutions, services and products available, some of that peak performance can be recovered.

At ground level, ABB can keep the rotating machinery, such as pumps, generators and compressors, working at full capacity, not to mention electrical equipment such as transformers, switch gear and sub-stations.

“If the equipment is not running optimally, it has an impact on performance,” Zied said. “If, say, you are in an industry batch-producing, then ABB can provide automation solutions that will ensure the process not only runs smoothly, but also monitors the assets, ensuring they continue to operate at an optimum level, while capturing and analysing the data that provides the right insight to the operator – what is going right and what’s going wrong.

“That way, informed decisions can be taken rather than having to rely on gut feeling, which is something we see quite often, even today – operators will then be able to make decisions based on facts.”

Another area in which ABB supports customers is in achieving the connectivity they need in the first place to gather that data and to actually connect people to the assets.

He said: “When you have engineers moving around the assets, either looking at problems or to do routine maintenance, with a mobile device they want to gather data on, they need to be able to do just that, standing in front of the asset.

“They need to know they are in the right location and that they are getting the correct readings, because what you are reading on site is not always the same as the readings in the control room.”

Importantly, the engineer has often needed to work through a paper-based checklist of tasks in compliance with operating procedures. There was an unsafe disconnect in waiting till s/he was back in the office to upload the results.

Zied said: “Think about what an improvement it is if the engineer can work through all the procedural steps in situ on a mobile device, potentially with a voice-operated system that’s telling you ‘ok, step six, is the temperature less than 50 degrees? Open valves …. ‘

“The engineer clicks on the button in real time, saying ‘yes, I’ve done that’. In this way, the right information is uploaded in the right order at the right time.”

Also, if a procedure has been done many times over, the time each step takes could be analysed. That helps when, A, a new field operative is being trained, and B, if someone doesn’t upload the information in a timely manner.

In turn that can trigger a message to the operative, checking they are OK. “It’s a safety feature,” he said. “Keeping people safe in the chemical industry is a priority.”

Sustainability is another priority. The breadth of ABB’s services range from gauging CO2 emissions through the use of renewable energy to make chemical products to enabling the very creation of clean energy.

“In this particular area, we are also active from an instrumentation perspective, such as mobile gas analysers for measuring methane,” he said. “There are more powerful microprocessors and better sensing technology on the market now than of old, and by ‘old’ I mean just a couple of years ago!

“Instead of having a stationary analytical measure, we can put it on, say, the top of a car or a drone and keep it moving around or above a complex, logging the measurements on Google Maps as it goes.

“In so doing, we are leveraging the digital technology – making the most of it – in the name of sustainability.”

Whatever the project, whatever the problem to be solved, it is about working in a joined up eco-system for the benefit of all concerned.

But as for where to start, Zied’s best advice is … to get the best advice.

“It’s about bringing in the right knowledge and expertise first,” he said. “It’s no good bringing in a company that might have a fantastic sensor but has never worked in a chemical plant before.

“ABB has the extensive experience required to put chemical companies on the right track.” 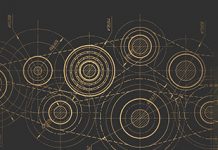 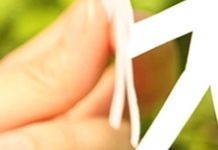 Keeping Customer Experience at the top of the crisis agenda 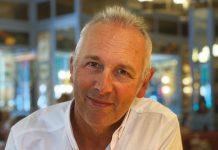