These are troubling times for the UK chemicals sector and the ramifications of Brexit is something that is taking up more and more of Richard John Carter’s time.

The Managing Director of BASF in the UK & Ireland says that the ‘business as usual’ approach taken by many companies could be masking very real concerns, unless British Government and European Union negotiators can bring rapidly clarity to the situation.

As it is, he and his senior team, like many others across the business world, are heavily involved in drawing up potential scenarios that could impact on the company’s activities, work being carried out amid an atmosphere of uncertainty.

Richard said: “I would say my state of mind at the moment is concerned. The level of uncertainty is very high.

“That uncertainty is going to continue through to 2019 and beyond, into 2020 and 2021, and as a company we are already feeling the effects. Our business is two thirds import and one third export, so we are impacted negatively by the current exchange rates.

“One of the other concerns is whether or not we will end up paying tariffs because, if we do, we estimate that could cost us about £50 million a year and we will have to employ more people to manage the process, which is a ‘non-value-added’ expense.

“There is also concern about what happens to regulation, for example when it comes to things like the biggest regulatory development facing us in the form of REACH.

“The result of all this uncertainty is that we are taking a lot of time on scenario planning and the Government is telling us that no deal is possible so that has been our baseline.

“I do worry that, although our industry is stable at the moment, a lot of companies across many sectors are taking a ‘business as usual’ approach but that nothing has actually changed yet. We do not know what the effect of Brexit will be.

“We are talking to our trade bodies and the Chemistry Growth Partnership to work out an industry response and looking at sectors like automotives and aviation to learn from what they have done.

“From a personal point of view, I am consumed by Brexit. I am involved in scenario planning, talking to site managers, talking to trade bodies, ministers and civil servants and handling enquiries from people outside the UK, all of which are non- core activities.

“We need to know that there will be a transition period and how long it will be. We appreciate that transition periods do not go on for ever but it will mean that we have stepped back from the cliff edge and can start planning with a degree of certainty. What we need is clarity.”

Brexit is not the only challenge on the horizon for Richard, who was born in Yorkshire and went on to study Economic and Business Administration at the Manchester Business School, the Stockholm School of Economics in Sweden and Middlesex University.

He has enjoyed a long career with BASF and has worked in Germany, Malaysia, Portugal and the USA, holding a number of senior positions, including Global Procurement, Sales & Marketing and Managing Director of BASF Portuguesa.

Prior to his current role, he was Vice President for Global Key Account Management Europe and has been Managing Director BASF UK & Ireland since January 2016, responsible for developing the business and building relationships with key stakeholders, trade associations and Government departments.

One of his roles is overseeing the way the company in the UK responds to Industry 4.0, which improves connections between pieces of equipment so that they are more efficient and productive.

BASF is acknowledged as a key player in harnessing the potential and uses Industry 4.0 applications in its development of connected systems and advanced analytics models for predictive asset management, process management and control, and virtual plant commissioning.

Richard believes that the technological revolution offers exciting opportunities, saying: “BASF is a leader in the implementation of Industry 4.0 and we are working very closely with our head office in Germany.

“One of the things we are looking to do is increase productivity at our plants and Industry 4.0 has a role to play in what is a complex process.

“Among the things we are looking to do is make greater use of sensors and automation in our processes. “

Also looking to the future, Richard focuses a lot of his attention on the need to bring in more young talent to ensure that BASF can weather concerns about a skills shortage.

He was particularly pleased that BASF’s Bradford site recently won a Chemical Industry Award for the way it works with young people. The award was presented at a Chemical Industries Association dinner in Leeds where the Kids’ Lab at Bradford won the Reputation category.

BASF Kids’ Lab, which is run by 60 volunteers, works with children aged 9-11 to promote science and introduce them to the idea of working for BASF.

Richard said: “We have a certain demographic in the company and we need to ensure that enough young people are coming through to replace our experienced people when they retire.

“The Kids’ Lab is a good example. We want to enthuse young people from primary school age so that they go on to take STEM subjects at A level then pursue science and technology subjects at university.

“It is important that we have enough skilled young people coming through, which is why we are also committed to apprenticeships. We want to take young people on early, train them in working for BASF then give them jobs.”

Richard is keen to ensure that the company is also able to hold onto its talent, arguing that BASF offers plenty of opportunity for advancement.

The company has almost 1,400 employees in the UK, based at nine sites supplying raw materials to most industries in the UK, including agriculture, automotive, chemicals, construction, energy and pharmaceuticals.

Richard said: “The Gig economy is not our ethos. We want our talented people to stay with us.

Despite the uncertainty of life in a post-Brexit world, there are, it would seem, reason to be optimistic. 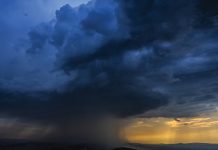 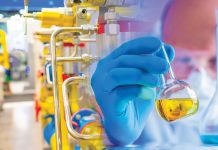 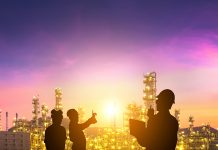 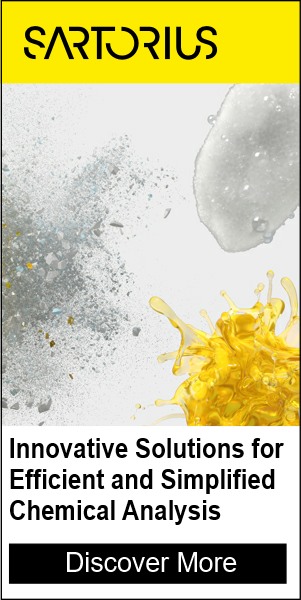 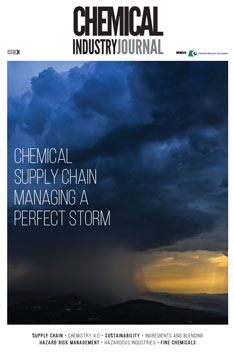